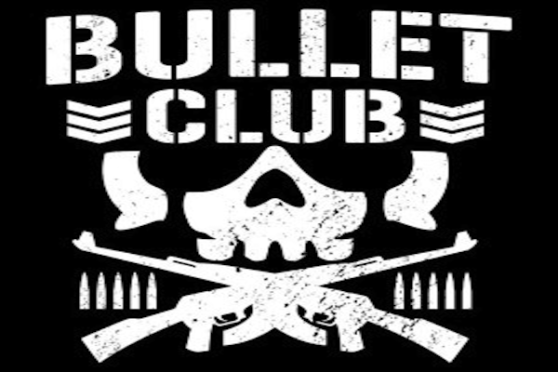 For months WWE has been teasing the debut of the Bullet Club.

Rather than deliver the goods at what appeared to have been gift wrapped by booking, WWE continued to play mind games with the WWE Universe at both last Sunday’s WWE Payback and this past Monday Night Raw.

It now seems very obvious that possibly the hottest stable since the NWO will make their debut at WWE Extreme Rules on Sunday, May 22 in New Jersey’s Prudential Center.

Unfortunately, due to the near perfect setup at Payback it looks as though the debut will come out of necessity.

WWE World Heavyweight Champion Roman Reigns and A.J. Styles had a phenomenal match until the (initial) finish, when Styles defeated Reigns via countout. Unsatisfied with this decision, Shane McMahon decided to restart the match and added a no countout stipulation.

This was fine until Reigns hit an accidental low blow on the challenger, resulting in a disqualification. Equal parts unhappy with the outcome and wanting to upstage her brother, Stephanie McMahon re-restarted the match with no countouts and no disqualifications to determine a clear winner.

The match went on with minor distractions for each competitor and their feuding cohorts as they all began brawling. It seemed as if any moment Finn Balor and Shinsuke Nakamura would make their main roster debuts and give the WWE Universe the notorious Bullet Club.

Instead Reigns defeated Styles with a Spear, who was given an Extreme Rules rematch at (you guessed it) Extreme Rules almost immediately by the McMahons due to his incredible performance (which is fine).

With a six man tag match main event between Styles, the Good Brothers, Reigns and the Usos set for the following Raw, it almost seemed as if the Bullet Club would surely debut the next night.

With Extreme Rules coming up at the end of the month, the fans are getting restless and the surprise factor is fading. WWE must strike while the iron is hot or they run the risk of shooting the Bullet Club down before it has a chance to fire its first round.

What did Chris and “Spaceman” Frank think of ‘Mania 32 and the aftermath on Raw? Find out in the second and final part of this leviathan podcast as they are joined by Nicholas Jason Lopez of ProWrestlingOpinion.com. 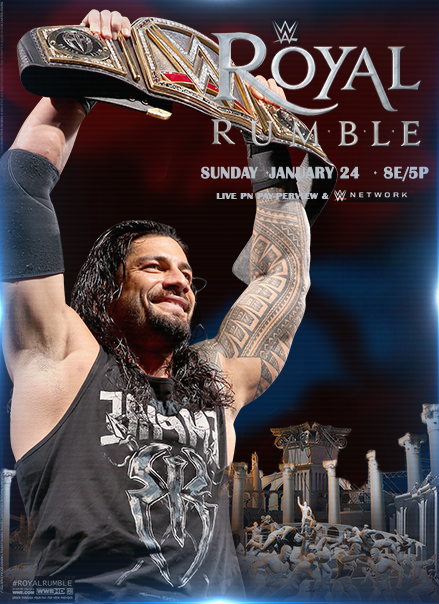 The Royal Rumble is once again upon us, this time with the special twist that Roman Reigns will defend his WWE World Heavyweight Championship in the Royal Rumble match.

As discussed on the Manopera podcast, the WWE has actually put in an effort to make this year’s Rumble match seem more unpredictable, which should help make the Pay-Per-View better than last year. Throw in a solid undercard and this could be the year the Rumble gets back on track. And with that here are Spaceman Frank’s Royal Rumble 2016 predictions.

Kickoff Match: Darren Young and Damien Sandow vs. The Dudley Boyz (Bubba Ray and D-Von Dudley) vs. The Ascension (Konnor and Viktor) vs. Mark Henry and Jack Swagger (Winning team gets into the Royal Rumble Match)

This is pretty much a throwaway match as none of these guys have a shot of doing anything significant in the Rumble. Does Darren Young teaming with Damien Sandow mean Titus O’neil is in the Rumble already? Hopefully we get Sandow doing his stunt double stuff again otherwise this will be an even bigger waste of time. Also, the Dudley Boyz have really fallen off the map after coming in hot as hell this summer. Honestly, I see Mark Henry (who I thought was already confirmed for the Rumble) and Jack Swagger winning as they are both veterans and can operate separately once the Rumble match actually starts.

Boy has the WWE screwed this one up. After a meaningful title change to Kalisto that was immediately followed up with Del Rio winning the championship back I could not care less about this match. I would rather have John Cena show up in a sling to defend the belt over this match. While both men are talented, this has “filler” written all over it as Del Rio also has the Rumble later and Kalisto is killing time until Sin Cara comes back. What a wasted opportunity to elevate Kalisto, who could be the next Rey Mysterio if given the chance. Del Rio wins and everyone else loses.

Despite having a war of words with Chris Jericho for several weeks, it looks like the New Day will be facing off against The Usos at the PPV. My guess is “cool dad Jericho” couldn’t find a partner to tolerate his bumbling ways and will instead focus on ruining the Rumble instead of The New Day. While this matchup has potential, the WWE has not given fans much to buy into this storyline besides The Usos being the choice of the people while The New Day is the choice of the IWC (who don’t count as people). The New Day need to refocus after a few on and off weeks and while this should be a fun match, the trio also has the Rumble later on. I see them winning via DQ and this feud dragging for months on end.

Simply put, this is the best feud going on in the WWE right now. An easy to follow storyline with Charlotte embracing her inner Flair (minus the part where she elbow drops sport coats and starts bleeding during the match) and turning on her friend. Becky Lynch, once an afterthought of the Divas Revolution, has nailed everything given to her by the WWE and has shown why she was called up over other NXT divas. In particular, she plays the fiery babyface very well in promos, and acts very much like Ricky Steamboat, another famous Flair rival. Hopefully these two women get a shot at delivering in the ring after a solid build. With Charlotte having her dad in the corner I expect her to cheat to win, or perhaps Sasha Banks and Team Bad will reintroduce themselves by interrupting the match to set up future storylines.

Another feud with a good storyline. These two outstanding grapplers have a chance to steal the show (as always), especially if the Royal Rumble match fails to deliver. Owens has gotten back on track after some lackluster feuds as with Ambrose breaking away from just being Reigns super rad friend and coming into his own as champ. Last Man Standing fits these two so well and I expect an epic brawl  between them. While I see Ambrose retaining, I also see Owens keeping his vicious streak alive by taking out Ambrose afterwards and preventing him from helping his buddy Reigns in the Rumble. This will also keep Owens’ status as the Authority’s off the books boy (as he always seems to be going along with their plans but has yet to join them) and make him look strong despite the loss.

This match was discussed at great length on the Manopera podcast, so I will hit the main bullet points here. In essence, this match boils down to a handful of wrestlers and what sort of surprises the WWE has in store. I joked that Reigns will win if given the number one spot in the Rumble and lo and behold they did it. This makes me think that Reigns is walking out as champ, but WWE has been overdue for a real swerve.

The only other outcome I can see is Triple H entering himself at number 30 and winning the championship due to the rumored Reigns vs Triple H main event for Wrestlemania. Brock Lesnar figures to be a big factor as well, but I feel as though he will end up being eliminated by Bray Wyatt to set up a match between the two. As for AJ Styles and the other New Japan wrestlers who may be heading to the WWE, I can only see Styles debuting at the Rumble (as he is the most well known) and doing fairly well. In addition, I hope to see at least one NXT wrestler show up as well as a couple of cool legends (but we will probably get Kevin Nash since he always seems to show up at the Rumble).

In the final edition of Manopera of the year, Chris and “Spaceman” Frank analyze WWE TLC 2015 and NXT TakeOver: London. 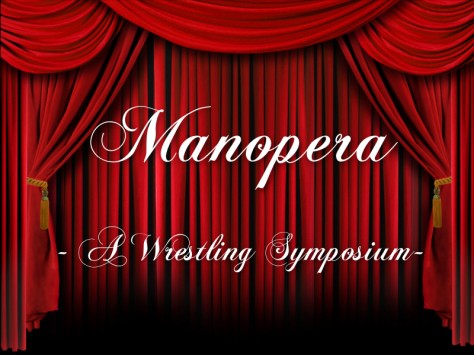