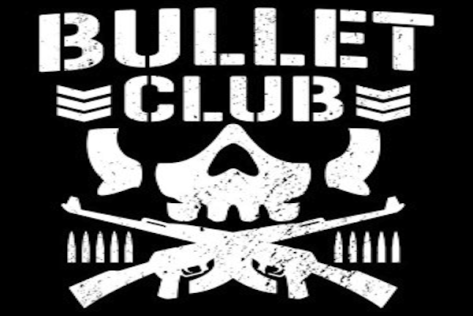 With the recent additions of Luke Gallows and Karl Anderson to the main roster as well as Finn Balor losing his NXT Championship and Shinsuke Nakamura’s semi-alignment with Balor, everyone knows what’s coming.

The imminent arrival of the infamous Bullet Club.

Although nothing directly has been done to say what’s going to happen, the tease has been generating a buzz and mass speculation on how WWE will form the beloved New Japan stable (and what name they will be given as New Japan not only continues to use the name with its latest incarnation but also recently blocked WWE’s attempt to trademark “Bullet Club.” In the meantime, WWE has been testing the waters with “Balor Club” t-shirts and occasionally using the hashtag #Bulletproof around the members).

With that said, here are three possible scenarios for the stables WWE invasion.

The easiest route of the three, AJ Styles has been saying for weeks that while Gallows and Anderson are his friends, he is not in cahoots with them. That hasn’t stopped the “Good Brothers” (as they’ve dubbed themselves on social media and the GB hashtag on their entrance robes seen on this weeks Raw) from interfering in Styles matches and segments, attacking Reigns and his cousins the Usos nearly every time one of them is in front of a camera. Naturally, Reigns isn’t buying Styles argument and it seems as if we shouldn’t either.

This possible outcome goes like this: Moments before the finish, Styles comes clean and aligns himself with the Good Brothers. The three men trade blows with Reigns and the Usos for awhile until the Samoan family begin to get the upper hand. Out come Balor and Nakamura to finish the job and the Bullet Club lay waste to Reigns and his cousins. It would be great to see Styles take home the gold due to these shenanigans but it’s more likely that Reigns would retain due to a disqualification. Either way, the Bullet Club has a strong debut; standing in the middle of the ring with all guns blazing.

This one is a bit messy.

Rather than have Styles come out as the ringmaster, WWE could pull a 180 and have Reigns be the mastermind behind a new stable.

During the match, the Usos and Good Brothers start fighting alongside Reigns and Styles. Balor and Nakamura slowly make their way to the ring and everyone stops. The two look at Reigns, then at Styles and everyone subsequently attacks the Phenomenal One with the freshly turned heel Champion Reigns smiling while his also newly turned cousins hold up the Bullet Club’s former third leader. Rather than a five man stable, we now have seven warriors that make for an extremely dominant faction.

Despite MAJOR plot holes in the storyline, Reigns can revert back to his role in the Shield as the heavy, brooding leader while Styles is immediately the white-meat babyface the company so desperately needs. Long story short, everybody wins (for the most part).

While surely the least likely, there’s nothing more sinister than option three.

With Reigns, Styles and the Usos laid out Balor picks up the mic and announces the Balor Club’s arrival. He mentions how Styles was a good leader in Japan but he’s come back to take his rightful place and announces himself as the next WWE World Heavyweight Champion (which he becomes). In the aftermath, Styles and Reigns set their differences aside and create an alternate on/off stable with the Usos to fight the good fight and end Balor Club’s reign of terror.

This is the most logical route because of Styles and Balor’s history in the Bullet Club (Balor is a founding member and the original leader while Styles became the third leader after Balor had departed to NXT. The two were never in the faction at the same time).  The two can have a storied rivalry while building it off of real life situations. Styles becomes a tremendous babyface, Balor becomes the company’s top heel and who knows, the crowd might finally start cheering for Reigns and the Usos again.