The year is 1998, and the Nintendo 64 is one of the hottest video game consoles on the market.

Coming off the success of Goldeneye, RareWare launches one of the greatest platformers of all time in Banjo-Kazooie. The game featured hilarious dialogue, endearing characters, vibrant graphics, and most importantly of all, exciting and rewarding gameplay. Rare followed up with a number of classics, which include a much loved sequel (aptly named Banjo-Tooie), Donkey Kong 64, Conker’s Bad Fur Day, and Perfect Dark. Soon after, Nintendo announced the Gamecube, and rumors began circulating of what Rare’s next classic would be. Banjo-Threeie was teased numerous times, but the wait continued.

However, Rare and Nintendo’s partnership ended, and the company was acquired by Microsoft. Rare began developing games for the Xbox and later Xbox 360. Some were good, some were bad, but many were left wondering if Banjo-Threeie would ever see the light of day.

Eventually, news of a new Banjo-Kazooie game (Nuts and Bolts) finally surfaced. When the game was finally released, many fans were disappointed, as the classic platforming gameplay of the originals was replaced with a strange vehicle building quasi-sandbox. Suffice to say, the game was not well received by fans and critics alike, and many feared there would never be a true sequel to Banjo-Kazooie.

In 2012, a group of game designers, all veterans of RareWare’s heyday, decided to come together and form a new company, which would eventually be known as Playtonic Games. A Kickstarter for their newest endeavor, a true spiritual successor to RareWare’s greatest hit platformers, was successfully funded – a game called Yooka-Laylee.

Much like its precursors, Yooka-Laylee is a platforming game with a focus on collecting various items throughout large open worlds. Some of these items are used to buy new moves to help the titular heroes reach new areas of the game previously unreachable.

The main collectible, Pagies, are similar to Banjo-Kazooie’s Jiggies. Pagies are used to unlock new levels, and also “expand” existing levels, a new feature unique to Yooka-Laylee. Levels initially start off kind of small, but by paying a certain amount of extra Pagies (depending on the level), new sections of the level become available for the player to explore. Pagies are collected by completing various challenges throughout the level, which include completing puzzles and platforming challenges, defeating bosses, and simple exploration.

There’s also Ghost Writers, which are a bit tougher to collect, as they must be defeated and/or captured using the various special moves acquired throughout the game. There are additional unique items to be collected, which can be used in various ways in each level.

The levels themselves are huge. Banjo-Kazooie and Tooie were both known for their large levels (especially for the N64 era), but Yooka-Laylee takes it to the next level. With the edition of the expand feature, levels go from average-sized to gigantic worlds with a plethora of secrets. Each level is accessed through the hub world, Hivory Towers – this game’s analogue to Gruntilda’s Castle. Hivory Towers is massive in itself, with dozens of branching paths and secrets to be found. Aside from being the area where all the worlds are contained, Hivory Towers also serves as its own unique level, with various hidden collectibles and puzzles the player must complete in order to advance.

The characters are endearing and funny. Yooka the chameleon serves as the level-headed voice of reason of the duo, while Laylee the bat is a comedic and slightly sardonic foil to that. The main boss of the game, Capital B., is a nefarious honeybee businessman, and much like Gruntilda from Banjo-Kazooie, mocks Yooka and Laylee as they progress throughout the hub world. Capital B.’s partner is a strange duck head in a jar named Dr. Quack, who acts as the bumbling sidekick, designing trivia games to try and slow the player down as they progress through the game.

Also much like its predecessors, Yooka-Laylee features many side characters, as pretty much every item and inanimate object in the game can actually talk, and each of these side characters will quickly become loved by the player.

Graphically, Yooka-Laylee is gorgeous, featuring vibrant colors, dynamic light and shadows, and amazing high-def textures. The character animations are fluid and smooth, and the various transformations and special abilities are all creatively designed. The levels, aside from their titanic topography, are beautiful and unique, spanning various environments, from a tropical paradise to a frozen tundra – and even a casino. As with everything else, these levels are colorful and visually appealing, and players may find themselves climbing to the highest point of each level to just admire the scenery.

There are however, a few performance hiccups, which is to be expected from a game this new, and will most likely be patched as time goes on. It has also been reported by individuals who received early copies of the game that the camera had some issues. However, a first day patch seems to have fixed whatever problems there were with the camera, and aside from a few areas where it can get a bit crazy, the camera control is fairly solid.

Overall, Yooka-Laylee is a well-designed game, and while it does have a few flaws, these are minor in comparison to all the positive aspects of the game. Veterans of the original RareWare classics on the N64 will love Yooka-Laylee, although the gameplay may seem a bit dated to younger players. That said, Yooka-Laylee really does bring something for everyone to the table, and even younger players will grow to love it with time. The gameplay is simple enough for anyone to pick up and play, but has enough difficulty that even seasoned players of the platforming genre will find themselves with quite a challenge in completing the levels.

For those Rare fans who’ve been waiting years for Banjo-Threeie, the wait is finally over, and although it isn’t a true Banjo-Kazooie sequel, Yooka-Laylee certainly fills that void.

Before I proceed, let me make it absolutely clear that I have nothing against crowdfunding. I believe the basic principle behind crowdfunding is sound, and, in a perfect world, it would boost innovation and provide talented, creative people with an opportunity to turn their dreams into reality.

Unfortunately, we live in the real world, and therefore it’s time for a reality check:

While most entrepreneurs may feel this mess does not concern them because they don’t dabble in crowdfunding, it could have a negative impact on countless people who are not directly exposed to it: 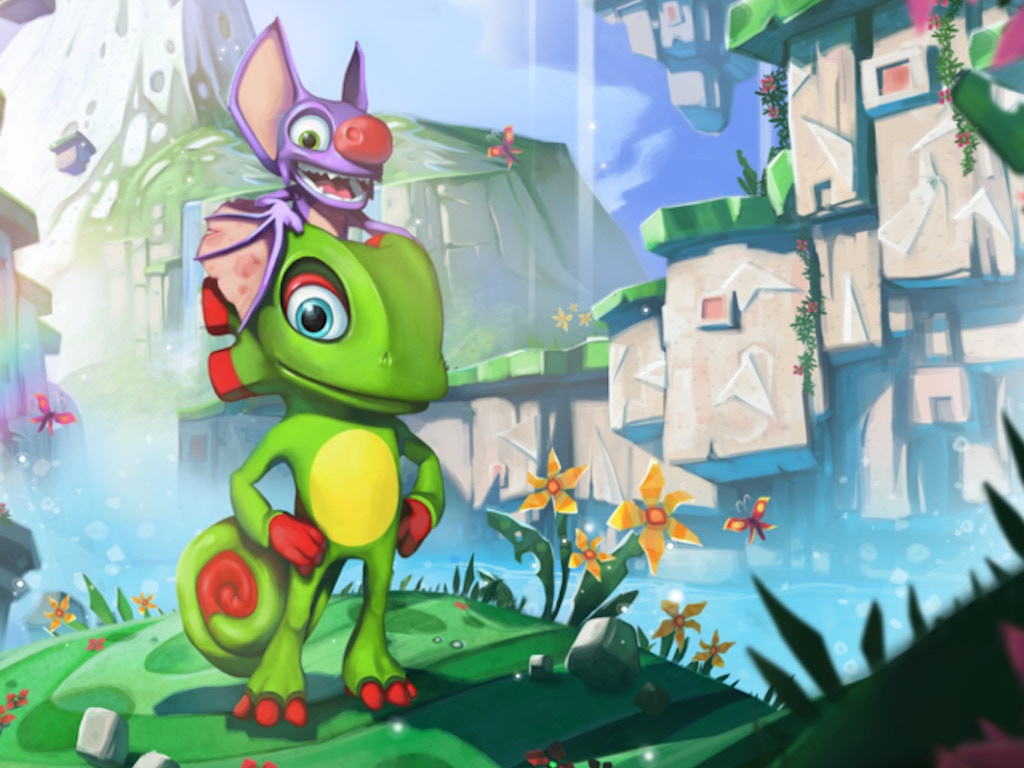 Episode 7 features Heavy Metal maniac Drew Rizzo who plays drums in New Jersey’s Midnite Hellion. We chat about crowdfunding, Midnite Hellion’s history in preparation for the recording of their debut album, and some high points in their career – such as opening for the legendary Overkill at the Starland Ballroom. Goings on in the metal community is also discussed in vivid detail so sit back, relax and enjoy the show.