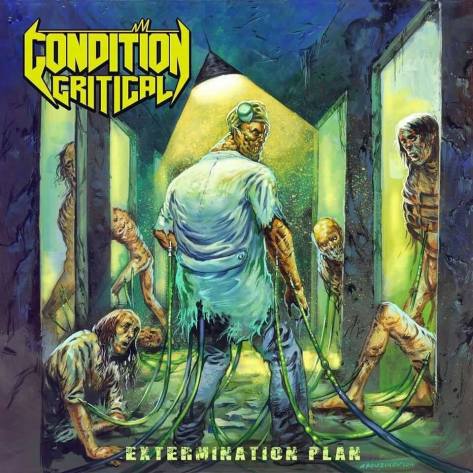 Thrashing to a stereo near you we have thrash metal bassist Mike Dreher of Condition Critical and Lich King. On this rad podcast, we discuss Lich King’s recent European tour, Condition Critical’s new album plans and a whole lot more – featuring a CC cover of Demolition Hammer’s “.44 Caliber Brain Surgery.”

As much as people love Black Sabbath and Heaven and Hell’s bass player Terrance “Geezer” Butler, rarely do they mention his solo project GZR (also spelled Geezer and g//z/r/ depending on which album you’re listening to).

1995 saw the debut album “Plastic Planet,” which contained darker melodies than what Sabbath fans were used to featured the brooding vocals of Fear Factory’s Burton C. Bell, Pedro Howse (who is also Butler’s nephew) on guitars and Deen Castronovo’s (Journey) drumming abilities on top of Butler’s iconic bass playing. The album received mixed reviews but established a small cult following. Songs such as “Seance Fiction” were met with praise due to the heavy rhythms and haunting vocals.

1996 and 1997 marked two more releases from GZR, the “Cycle of Sixty” EP and their sophomore album, “Black Science.” The lineup shifted from Bell to Clark Brown on vocals due to Bell’s commitments to Fear Factory. The style of the album continued in the same fashion as the first and was met with similar reviews as well. 1996 also saw the project release “Outworld,” a song exclusively for the Mortal Kombat soundtrack. After a handful of live performances in 1997, GZR would disband until 2005 when they would release their last album to date: “Ohmwork”.

“Ohmwork” was met with praise and another lineup shift, this time in the drum department. Castronovo would be replaced with Chad Smith (not Smith from Red Hot Chili Peppers, Smith from Anacrusis), who had been brought in for live dates in 1997. While continuing the trend of scientific and horror based lyrics, “Ohmwork” was a sonically different record than its predecessors, using more ambiance than before.

Butler would eventually play again for Black Sabbath and Heaven and Hell until this day, lending his expertise to several albums between the two bands. Butler has confirmed that GZR has been working on new material and is expecting to release a new album in 2015.