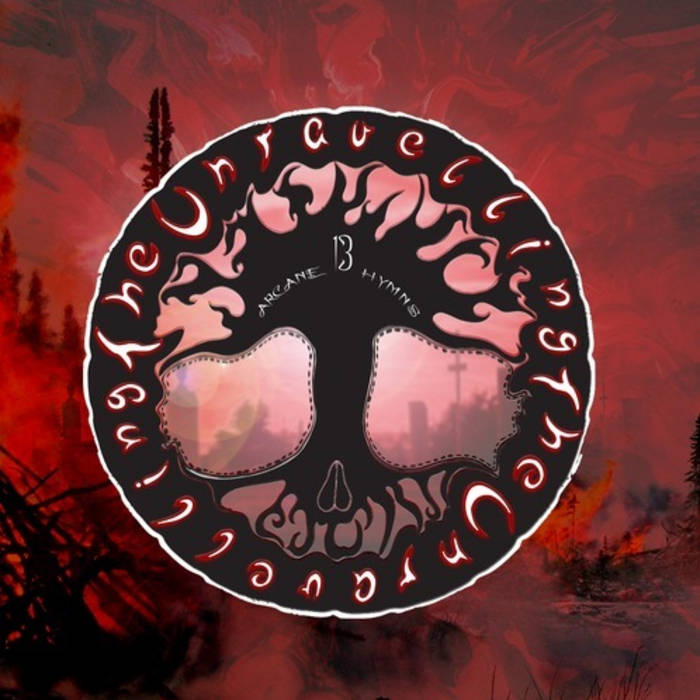 In 2010, Canadian Industrial band “The Unravelling” released an album that shook (and continues to shake) the very core of the metal underground.

While drastically different from their newly released single “Revolt,” “Hymns” focuses on Lamb of God/ Tool influenced progressive grooves with locking tribal drumming and a frightful array of haunting, mid-range vocals crossing a link between Fear Factory and Alice In Chains.

The kicker: a mammoth wall of sound created by two Canadians.

Singer Scott Moore and instrumentalist Gustavo de Beauville have unleashed the early stages of a complicated vision with “13 Arcane Hymns” that is currently building into something beautiful.
Standout tracks from “Hymns” include the three openers “Move Forward Until You are Dead,” ”Becoming Chaos” and “Fire Breather.” The chemistry between Moore and Beauville is striking, capturing fear and imagination in the layers of emotions flattened into a myriad of sound.

“Last Rights Protest” is arguably the most gripping song on the album. Moore’s anger is expressed ten-fold with Beauville’s aggressive talents backing him.

“My Resignation” and “Arjuna” help round out the album with soothing intimidation reimagining pain. The progressive tendencies contain a great ebb and flow that build to impressive portraits through an innate wall of sound.

While a difficult struggle with Cancer put a strong hiatus on the band for five years, The Unraveilling have returned with “Revolt,” but their debut album serves as a blueprint for where they can (and will) go. The Unravelling’s initial unraveling still holds a body of water for what the band will eventually become. If you haven’t heard them before, do yourself a favor and give The Unravelling a whirl, starting from square one.