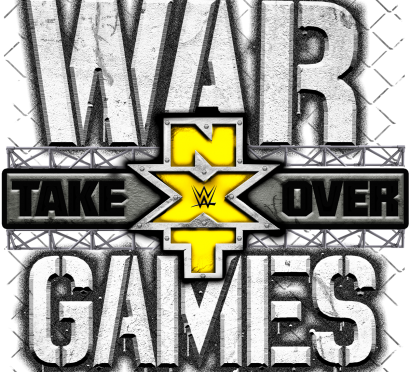 With all the chaos surrounding the WWE and Survivor Series in particular, it is good to know that there is always NXT. The second War Games event the developmental brand goes back to a more traditional version of the historical match, but mixes up the formula somewhat by having only four matches on the card. Triple H has said in a conference call that this is so each match has the time it requires, which I understand. That being said I really wanted to see Kassius Ohno vs Matt Riddle (with Keith Lee thrown in perhaps?) during the show, but I guess I will settle for this epic card. This card has everything, and it will be exciting to see some people who maybe have not gotten the spotlight they deserve have an opportunity to shine without too else to steal the spotlight. I’m Spaceman Frank and these are my NXT Takeover War Games 2018 predictions!

I was a little surprised to see yet another bout between these two women, especially after they have traded the title back and forth already. Shayna won back the title at Evolution with the help of the MMA Horsewomen, and I thought it was a pretty convincing win. I suppose I will take another encounter, but really I think someone else should step up and try for the belt especially after Kairi was an afterthought as the champ. I think the Horsewomen will make their presence known once again, thus formally introducing themselves as a faction to the WWE Universe and preparing them for their eventual run as lackeys for Ronda Rousey. Shayners wins and then goes back to playing League of Legends.

This grudge match sees the former beacon of pure pureness Johnny Wrestling getting his comeuppance versus the man he wronged Old Dutch Al. I thought there was still something a good guy Johnny could bring to the table, but since he failed to get the belt and Undisputed Era are busy at the moment he really had nowhere to go. Same could be said for Aleister, who has spent most of his time storming about trying to find who beat him up. Both these guys should probably be on the main roster right now, so this may be a swan song for someone. But considering WWE seems to only dole out call ups around Mania season we shall see. Ale has the motivation to get revenge, but I think Johnny will get the win. He needs to solidify himself as a heel, and if he switches moral alignment only to keep losing that would be pretty sad. Johann Von Doom wins after some extra spicy cheating to really break people’s hearts.

Ciampa has conquered his former friend, and now takes on another hot prospect in the Velvet One. WHen I first heard this was happening I was all in, and the dynamic between the stoic champ and his flamboyant challenger is a welcome change of pace from the constant bitter boys stories we have seen in the championship picture. The Dream is going to be some sort of champion eventually, but I feel like this is almost a placeholder match. He is someone NXT officials can plug in and make the crowds happy, but I cannot see him winning. He is too young and has already had matches with most of his likely potential challengers, so if he does have a serious run in him it will be later. Ciampa is too good as a baddie paranoid champ and if he loses the belt I think they will wait for a major show around Mania time as opposed to just having him win his year long fued with Gargano then drop the belt to the next wrestler to face him. Tommaso wins in a fun match.

This dream match features the hottest faction in all of WWE take on some pretty badass challengers in what is going to be a total slobberknocker. Undisputed continue to put on amazing matches both individually as well as a unit. PLus their promos are just the right level of snark that makes them annoying heels without makign them completely unlikeable. Each of their opponents are game to match them in the ring, and I am looking forward to some out of sight tag team moves from the four men opposite Undisputed. In particular I am looking forward to War Raiders getting their chance to shine finally. They have been too good to sit on the bench as long as they have, and I think they are prime for a tag team title run. As for who wins, it is hard to say. Pete Dunne is the biggest single factor as to who may win, as he may decide to play nice only as long as he feels like it. He could turn on his team, especially recent rival Ricochet, or he could go after Roddy Strong for his previous betrayal of Dunne. All in all t will be lots of fun to watch, and I see this match going long and causing me to jump up and down on my couch throughout. I am going with Undisputed Era for the win because the unit seems like the right choice over the thrown together allies.