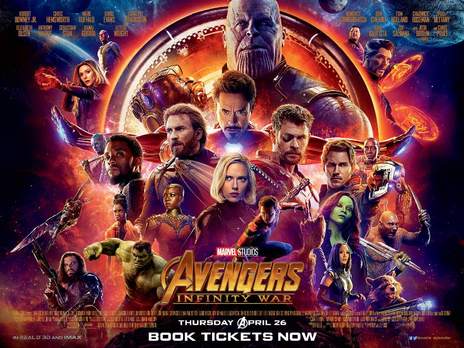 Hold on to your butts, because Chris and Jon are back to discuss the epic Avengers: Infinity War!

Listen in as the boys discuss Avengers: Age of Ultron in vivid detail, the return of the X-Files, and much more.

It’s amazing what a little studio magic can do to a person.

In honor of “The Clown Prince of Crime’s” 75th birthday, director David Ayer gave everyone the big reveal yesterday as to what actor Jared Leto (Fight Club) will look like as The Joker in the upcoming Suicide Squad film.

White as a ghost, covered in tattoos, and a lone, purple glove (Michael Jackson anyone?). Of course, Leto keeps the lyric true; fully dressing himself with that deranged, Joker smile we all know and love.

In the immortal words of Darth Vader, “Impressive…most impressive.”

With teasers all month using the “WhereIsJared” and “SuicideSquad” hashtags, Ayer cleverly built global suspense before giving the people what they wanted. It’s safe to say no one was expecting anything this awesome or unique.

In addition to Will Smith announcing his role as Deadshot, Suicide Squad looks to be one of the biggest blockbusters we’ve seen in a long time. With Marvel’s Avengers: Age of Ultron and Ant Man poised to take this summer’s proverbial cake, it’s almost a given that DC will be taking a larger one next year.

Unless Deadpool has anything to say about it (he always does).