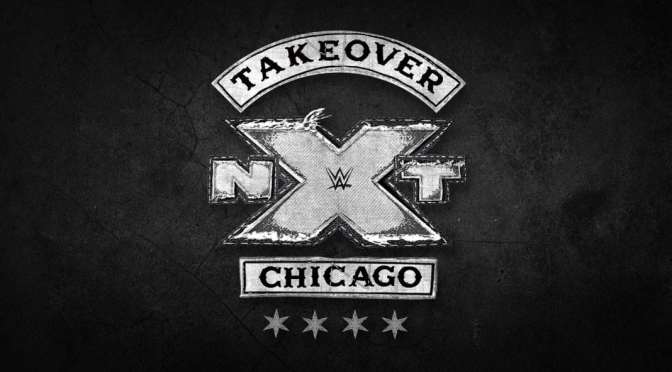 Here comes NXT to save the day once again. After the repeated hits on the head from WWE in terms of PPV’s it is time for fans to remind us once again that WWE can put on quality programming when they want to. That being said the build for this event has been muted. The matchups feature some repeats and odd combinations, which while being put together in entertaining ways still may not be what fans were necessarily looking forward to. Sure it may not be up to the standard of “ZOMG BEST MATCH EVER” (real Dave Meltzer quote) set by New Japan’s Dominion event, but at this point i’ll take a watchable WWE show. It may not be the NXT event we wanted, but it will be the WWE event we need. I’m Spaceman Frank and here are my NXT Takeover: Chicago 2 Predictions!

It’s the battle of the technically gifted versus the hard hitting. While the team of Fiesty and Bald Men (copyright pending) have not been treated like a treat for 90 percent of their run, the build for this makes sense at least. Oney and Burch have always been people I wish NXT would do more with besides have them do the job to people, so seeing them both get a chance to work the big stage is a win in my book. Meanwhile Undisputed prove their worth each and every show, and little things such as getting people’s names wrong on purpose makes my inner Slytherin chuckle. There are other, more established teams out their, but in terms of a match I expect to have a lot of fun watching, this is a solid pairing. But despite this being a fun match I do not doubt for a second Undisputed is going to win. Simply put, they are too good as heels and with Adam Cole not having a match he can save the match for his boys no problem. Now a serious Heavy Machinery push for my boy Otis.

Fans have been waiting for awhile now for Cross to get a serious push or, like, just a Takeover match period, and now the wait is over. She is facing Kraina Quazner, who is nothing like Ronda Rousey or Sonya Deville. Nope, nothing like them at all. She is an OK wrestler, but she does not stand out much compared to a mega star like Ronda. Her theme song is pretty cool though. On the other hand Cross has been a long standing favorite of it mine. I was upset she did not get a call up with the rest of Sanity, but if it means we actually get to see her wrestle and say things in the most Scottish way possible I’m all for it. Can she win the big one? Probably soon, but not now. They build Vanier Killmayzer up for so long I cannot see her as a one and done champion in NXT. Maybe next year during the Women’s Royal Rumble.

This has been all about peacocking and showboating, and you could cut the sexual tension between the two with a cake server. These two tried to kill each other in the North American Championship match at Takeover: New Orleans, so I am ready to see what they do in a regular match. Both these guys are the future of NXT and WWE in general, and it would be nice to see the winner of this match go after the NXT Championship after this event. Dream has frequently come up short in big matches, yet has failed upwards towards more and more meaningful programs. Ricochet is exciting his honeymoon phrase with fans and this seems like a little bit of a detour considering how hot off the gate they initially positioned him. I think he will win against the Dream since the former Patrick Clark has years to get even better and can take the loss and spin it into gold later on. Ricochet needs the win more to say near the top until they pull the trigger on him as champ.

Poor Dutch Ale has been in the backseat to everyone else since winning the big one, which is a shame considering is has been a consist performer in NXT. He has the look and skill set of a main eventer, but he is pushed to the back in favor of others with more developed personalities. The dark and brooding guy does very little week to week, and when he does appear it is most to remind us he can be dark and brooding. His opponent Lars Sullivan is getting the Cien Almas award for sudden ascension to the main event, and while I find him enjoyable enough I haven’t seen enough to think of him as a contender. Maybe with more seasoning, but besides his mean mug he screams generic monster man. Also, the piano part of his theme sounds like it is played on a child’s xylophone. A good but forgettable match see’s Big Champ Ale retain and go back to his emo corner.

The obvious main event of the evening promises to get ugly fast. What is the difference between and unsanctioned match and a street fight? NOBODY CARES NERDS!! Considering their first match featured several spots that made me legitimately wince and gasp I do not know what they are going to cook up here. But it is going to be brutal and hard to watch at times. Gargano got his big victory last time, and since then he has lost his wife due to inadvertent pushing (you think as a trained wrestler she would be able to take a bump better). Ciampa has been a killer on the mic and draws heat like no one else, and this will be a hot one with plenty of carnage happening. Hell, Ciampa got busted open during the build in pretty gruesome fashion before they brought toys into the picture. I think Ciampa is going to get the win here after taking advantage of some Gargano hubris and then sets his sights on a championship opportunity.