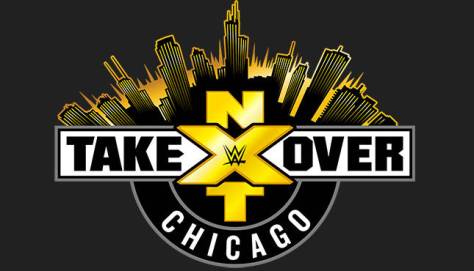 NXT has snuck in a TakeOver event several weeks after WrestleMania, and the general reaction I’ve seen from people talking about this event is “There’s a TakeOver going on that week?”

It seems very random that WWE would pick Backlash of all Pay-Per-Views to piggyback a Takeover event onto, but when you consider that waiting until SummerSlam would be far too long for a TakeOver and the fact that Chicago is consistently one of the best crowds for wrestling, it makes a little bit more sense.

NXT has had a good run of television since ‘Mania and I dare say after a bit of a lull, the developmental brand has reemerged as the best weekly program WWE has going. Chicago promises to be a weird blend of established NXT talent with some new people thrown in to replace departed stars, which should be an explosive mix to watch. However, there are several notable people missing from the card (Kassius Ohno, Alister Black, Cien Almas, etc), and with only five matches announced as of this writing I expect a last minute match added just to screw with me. That said, I’m Spaceman Frank and here are my NXT Takeover: Chicago predictions!

The only (as of this writing) non-title match sees The Messiah of the Backbreaker taking on Tye Dillinger’s role as the thorn in Sanity’s side as he gets a one on one match with their leader Eric Young.

Strong has had a hell of a time in NXT since ‘Mania as he went from generically handsome dude who does not talk into someone I generally want to succeed. Part of this is the excellent vignettes NXT produced that addressed the gaping void where his personality should be. Another large part was his supremely enjoyable number one contender’s match with Hideo Itami that sold me on him being someone who can have main event matches. Finally, during his amazing vignette he wore an Every Time I Die “Hot Damn” album cover t-shirt, which is a golden ticket into Spaceman Frank’s heart.

Strong has all the momentum here, but since Young has the number’s game here I think he will get the win. He has a solid TakeOver record thus far, and I think this feud has legs so Young will draw first blood for Sanity.

The title match with the least build, mostly because WWE shot the UK show tapings out of order so we knew Dunne was getting a rematch before we actually saw him win the privilege of facing Bate.

Bate was excellent during the UK tournament, but I can see Dunne on the main roster now and immediately becoming a player in the main event scene a la Samoa Joe. I’d go as as far as to say Triple H needs to make Evolution 2.0 (EV 2.0?? Oh wait…) with Joe, Dunne, Triple H (as Ric Flair) and Brock Lesnar where the group feud over who is Brock’s number one contender by proxy while The Beast Incarnate is off strangling Emu’s or whatever he does on his farm.

Anyway, Bate wins here because I feel like if they make the switch it will be on the new UK show to build interest in that rather than prop up a TakeOver special.

Ember Moon’s injury and subsequent withdrawal from this match has really deflated the hype surrounding it.

Moon vs. Asuka still feels like the endgame for the women’s division, though Asuka vs. Cross has me much more hyped than any other potential matchup. That leaves Ruby Riot to take the pin, and with Asuka oh so very close to breaking Goldberg’s record for longest undefeated streak there is no reason for her to lose. As of late, we have seen WWE make sure to break every possible record they can, and Goldberg’s will be next. Cross and Riot keep brawling with the Empress of Tomorrow avoiding them until she can kick Riot in the head and keep her title.

I want to see the big boys known as the Authors of Pain fall of a ladder.

I am ready to see this match, and it is far and away the match I am most looking forward to. Team DIY constantly have the best match during TakeOvers, and even though they are tasked to carry the massive dudes in AOP in a match best fit for smaller guys, I’m all in. I see bodies flying, amazing feats of strength, and above all else, people tumbling off of ladders. NXT only does a handful of gimmick matches during the year, so it is telling how much DIY has management’s faith if they get the nod for a Ladder Match. With rumors swirling that Ciampa is getting a new theme and confirmation that Gargano’s new theme is in the works, people think DIY will split soon. Not sure about that leap in logic, but I think AOP gets the win here.

Author’s note: With the news that Ciampa has suffered some sort of leg injury, it seems even more in doubt that Team DIY will win the belts back. Triple H has gone on the record to say that the guy has turned an ankle and should be good to go, but reiterated the fact that it is up to the medical staff to make the final call. This gives AOP even more of an excuse to beat up Johnny Wrestling for 15 minutes as Ciampa recovers outside the ring for extended periods of time.

Hideo is finally back (for real this time), and immediately punched his ticket to the title scene by beating Roderick Strong. It makes sense that he would face Roode, as he is a holdout of a class of WWE signees that, for the most part, have vacated NXT. It also makes sense that he goes right back to the main event scene since that’s where he was suppose to be this entire time if not for injuries.

However, plenty of time has passed, and now many of the attributes that made Itami stand out in 2015 are par for the course in WWE. Honestly, I can see him getting hot-shotted to the main roster, but only as a Cruiserweight on 205 Live. Roode is an engaging as ever, and he is a prime candidate for a callup in the summer. For now, I predict he keeps his championship and the sudden influx of main event caliber guys in NXT leads him to losing it in a multi-man match down the road.