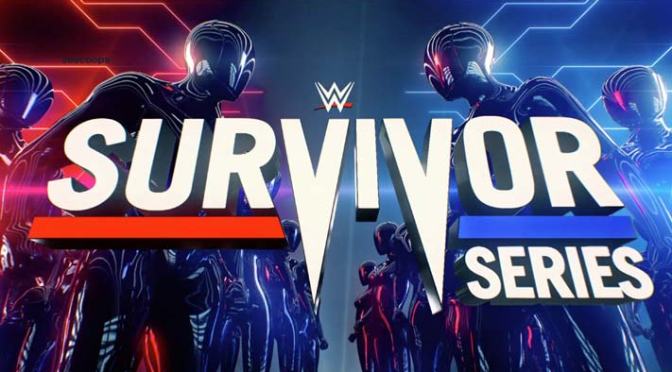 After the dizzying highs of Evolution and the terrifying lows of Crown Jewel we come to the redheaded stepchild of the WWE PPV calendar. It once was a big deal before the explosion of gimmick matches in the company, and now it’s just a thing where Raw and Smackdown fight. Allegedly this happens only once a year, if you don’t count battle royals and tournaments. I cannot say I am particularly hyped for this event, especially after the Becky injury, but who knows? Maybe by getting all the talent on the Raw and Smackdown rosters together something good will happen. Or it will be a grind like most recent PPV’s. I’m Spaceman Frank and these are my Survivor Series 2018 predictions!

Well that is quite a mouthful. This preshow match features loads of teams you may have forgotten about or simply not cared about compete for your attention. Really, the only teams that can be considered remotely popular here are The Usos and The New Day, and they are both on the same team. Hell, WWE had to bring in Lucha House Party from 205 Live just to fill the ranks here. Since Smackdown has the popularity power over all five of the Raw teams they will carry their side to the W. Then we can all feel pretty depressed over the state of the tag team divisions on the WWE main rosters.

Authors of Pain vs The Bar

The least hyped of our cross promotion matches sees some big boys slam into each other in what might be a low key sleeper match of the evening. The Bar have always been good, and even the addition of The Big Slow shouldn’t bring them down much. Meanwhile AOP have come out of nowhere to grab the tag team belts, which probably a good thing. They can put on some good hoss matches and have been neglected since being called up. I think these guys will get very little time, but will take that time to toss each other around and show off their amazing strength. As for who wins I think AOP wins since they are the younger team and The Bar chronically drop the ball on PPV.

Murphy won the belt at Super Showdown, which feels like a million years ago at this point. He has been a fine champion, if a bland. But that is not necessarily his fault as 205 Live always gets the shaft. Meanwhile Ali is the perpetual challenger to the throne, and really he deserves a chance to be a champion in the WWE. He is constantly entertaining and seems like a swell human outside the ring so he deserves more than what he’s got. Therefore I think he will win the match in an electrifying match that will give LA a wakeup call that they will probably need at some point during this show.

This already was a sideshow for the WWE for some time, and the fact that we still have a TBD spot on it shows just how little WWE cares about this. Who takes up this final spot? Lana? One of the Iconics? Will anybody care once it is revealed?! On the Raw side we have almost as many people outside the ring as there will be inside it, and Jax’s recent drama (what with breaking Becky’s face and all) will overshadow whatever else happens. Since Smackdown will win the tag team match I am thinking Raw will walk away with this one.

Another cross-promotional feud, another match overshadowed by outside forces. In this case it is new mega heel Dean Ambrose, who turned on Seth the same day Roman Reigns revealed his leukemia diagnosis. Everyone expects him to make his presence know and cost Rollins the match, so it is just a matter of how far this match goes before it happens. In a vacuum Nakamura and Rollins should be a barnburner, but Shinsuke has done nothing as US Champ and has fallen so far it is hard to care. The build to this has featured about three minutes of screentime, thus showing the WWE’s priorities here. Shinsuke wins after the Ambrose interference.

With no stakes outside pride in this one once again the real battle is with audience apathy. I think WWE just mashed all these people together hoping we would be excited for it, but they do not even have the fake brand warfare they have had in previous years. I don’t even think they have previous feuds that they can build off of here, so I guess we’ll just sit and watch and ooh and ahhh in the right spots. When push comes to shove I think Raw always has the advantage in these situations, so they will win out here. Next year can we have Raw vs Smackdown vs NXT instead?

What could have/should have been a potential match of the year between Becky Lynch vs Ronda Rousey has been downgraded to what should be an equally epic match. But Becky has been head and shoulders above everyone on the roster that anyone filling in for her would be a disappointment. This was brandied about as a potential Wrestlemania main event though, so it isn’t like this will be a disaster. Plus we now may get Becky vs Ronda at Wrestlemania instead, which I will gladly take. Since Charlotte is the last minute replacement I think Rousey will get the win while Lynch dunks on her over and over again on social media.

Now I was not exactly looking forward to AJ Styles vs Brock Lesnar again. But I think WWE did Styles dirty with having lose the belt right before the PPV. I assume he will get his rematch at TLC and hopefully will finally learn to wear a cup. That being said I do not want to see Daniel Bryan in the ring with Brock. Him as champ? I am perfectly OK with it. But Brock is a reckless monster of a man. Look at the way he threw around Jinder Mahal and the Singh Brothers. You want to see a man who had to retire due to concussion issues face Brock? No thank you. This match will be gross and hard to watch and I worry for Daniel Bryan. The potential for a disaster is massive here, and I just hope after Becky’s injury we do not see another lapse in judgment from WWE. Nobody wins, DQ finish, and I will be sweating throughout.