Editor’s Note: In the wacky world of publishing, some stories don’t see the light of day. Whether they sit on the backburner until they become irrelevant, positions change hands or they just plain get cut, it’s just one of those things. Today, one of those unpublished articles will finally get its due as we traverse the archives of “The Vault.”

2013 was a year of madness and mayhem. Plenty of albums came out, but only a few stand out way above the rest. In no particular order, here are my ten best metal albums of 2013.

10. The Ruins of Beverast – Blood Vaults – The Blazing Gospel of Heinrich Kramer

Alexander’s back with another helping of his distinct brand of atmospheric black metal. This album is a lot more doom metal influenced then the last three, almost to the point where one could argue that this is more of blackened doom metal then actual black metal.While this album is the among bands weakest work, it still packs a punch with its creepy atmosphere and killer riffs. If you want to hear this band sounding their best check out the previous album “The Foulest Semen of a Sheltered Elite.” 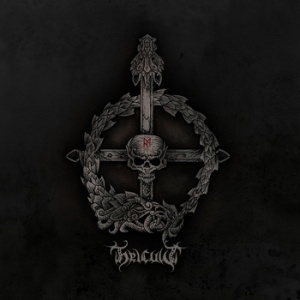 Hailing from Poughkeepsie, NY comes the debut album from the Norse themed blackened death metal band Fenrismaw. Full of awesome double bass, crushing riffs, monstrous vocals and an overall menacing feel, this band feels like something that would come straight out of Sweden (there’s  even a Grave cover as a bonus track). Next time your friend tells you that all local level bands suck show them this album. 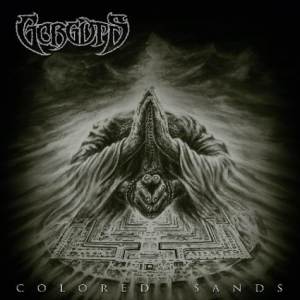 The first album in 12 years by Canada’s own tech death masters. For an album by a band that hasn’t done anything in so long this release is pretty damn good. The album continues the bands avant-garde influenced sound that started with their 1998 classic”Obscura.” With a sound that’s similar to old Opeth and a vibe that reminds one of Behemoth, “Colored Sands” is this year’s best tech-death release.

A band I discovered through being a fan of Cough. This album is Richmond’s second helping of female fronted Electric Wizard worshiping stoner doom. While the music is not as fun as their debut, this is still a worthwhile album for fans of slow sounds.

Metal pioneers Motörhead prove that they (almost) always put out great material. This album is must more energetic then most of their other recent releases, reminding you how awesome classic Motörhead was. This is Motörhead’s best since at least the early 90’s. How many other bands can you say put out an awesome 22nd album? 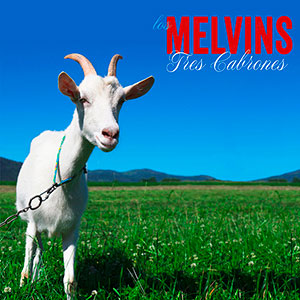 Here’s a last-minute entry as I listened to this an hour before writing this. These dudes have always been a favorite of mine and every album released by them has been something different (for those who don’t know, they’ve played both grunge and sludge metal before those were even genres). Like about 90 percent of the Melvin’s releases, this album is schizophrenic as fuck. The albums starts off with a few of their traditional sludge tracks with Buzzo’s awesome unconventional riffs in the lead. After that, the album continues with some free-jazz influenced experimental songs, reworks of traditional songs and covers of obscure punk bands. If you’re a Melvins fan this release will not disappoint.

Out from France comes a band I never bothered to check out till this year and boy do I regret waiting. This album is full of ambiance. Bizarre spoken word parts over soundscapes, guitar work that’s similar to Portal, and eerie sounding songs such as the title track make this album one horror filled ride to Hell. Arrow to the Heart washes the awful taste of Deafheaven’s “Sunbather” right out. 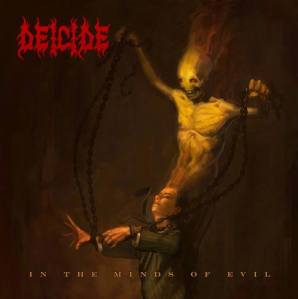 Deicide and Suffocation are my two all time favorite death metal bands. Sadly, the albums that followed 2006’s “The Stench of Redemption” were pretty lackluster, showing signs of Glen Benton losing his touch.That was until “In The Minds of Evil.” Out is the bands failed attempt to go more melodic and in is the evil and brutal sound we come to know and love as Deicide. This album doesn’t sound exactly like the classic Hoffman brothers era but more like a fusion of the new and old with the worst elements of the new sound removed.

2. Inquistion – Obscure verses of the Multiverse 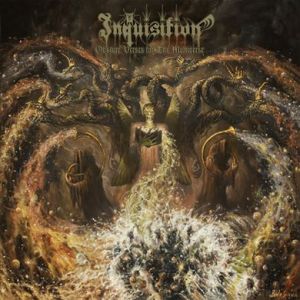 The two piece Inquisition has been on a winning streak ever since they started, providing us with a unique style of black metal.This album is no different. Not much to say here as it doesn’t differ much from other Inquisition releases (other then the thrash demos). A must have for Inquisition fans. 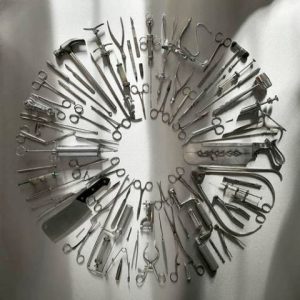 And we end off the list with the return of British extreme metal legends Carcass.When Carcass announced a new album everyone wondered what it would sound like. Would it be goregrind like the first two? Simple death metal like the third? Melodic like “Heartwork?” Some even wondered if it would sound like “Swansong” (so glad it didn’t). The answer is a mix of all (sans Swansong). The album’s full of fast intense death metal with the touches of “Heartwork’s” melodeath (such as the solos). Not a single track on this album feels like filler. The whole thing is full of energy and flows perfectly. Though this list is in no order, I believe this album deserves the number one spot.

Non Metal album of the year: David Bowie – The Next Day (with Chelsea Wolfe’s Pain is Beauty a close 2nd)