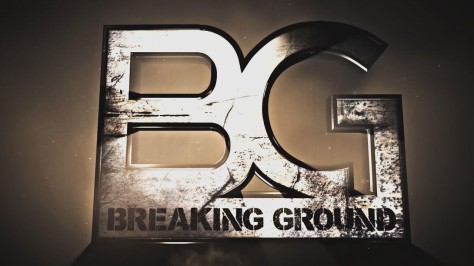 After introducing the audience to the main players at the performance center in Orlando, Fla., we get an episode showing what it’s like to be at the bottom rung of NXT along with Dana Brooke working out and getting her eyelashes done. Oh and someone gets fired (drama!).

First is a quick recap of episode one and the title sequence is followed by the coaches discussing Devin Taylor’s progress. The general consensus is that she’s too fragile and has been overtaken by the other women. Coach Sara Amato makes a great face that screams “ehhhhhhhh” (I wish I could find a screenshot to do it justice). VP of talent development Canyon Ceman meets with Taylor and immediately drops the hammer on her. She seems to handle it well (all things considered) and Canyon does the usual corporate small talk that happens when people are let go (i.e: hold your head up high even though you failed). Ceman comes off as the suit that he is but WWE is a massive corporation after all. Taylor then has a final talking head where she says the WWE and her had different views of where she was in terms of development and says she did whatever they asked her to do well. Although she was an OK backstage personality, it would have been unlikely we’d see her as a wrestler and WWE has too many interviewers/announcers as it is.

After the depressing firing segment we get open tryouts. There are some familiar faces from Tough Enough (like Patrick Clark, even though they showed him for a second on the first episode. Get it together editing crew!). Tryouts start with squats which some people can’t even do right – which probably means you shouldn’t be trying out for the WWE or anything athletic for that matter. There are lots of random drills and such as Bloom admonishes the group for not counting together (to be honest, this is a lot like high school football practice). One random girl is forced to quit due to scoliosis, which WWE should have known about already. Basic bumping is next and Bloom makes fun of a chubby prospect doing the drills (way to call the kettle black there A-Train).

Bailey alert! Amato puts over Bailey (who she calls Pammy, dawwww) as one of her most dedicated students. Bailey talks about how she was super nervous when she first got to NXT and thought she made a mistake, but now she’s NXT Women’s champ. A short but well done segment.

ZZ from Tough Enough’s first day is shown as he arrives to the performance center with parents in tow. A quick recap of his Tough Enough days lead into Bloom reminding ZZ that he has to start training like an athlete. His dad, Diego Loupe (great name) deserves special mention for being super charismatic and it’s easy to see where ZZ got his charm. Of course, Tough Enough winner Josh sandbags ZZ’s arrival and points out his lack of work ethic (a constant theme of Tough Enough).

Back to the tryouts and Bloom puts the prospects through basic in-ring drills and a montage of his various gimmicks play to show his past “success” in WWE, followed by more yelling at newbies. Meanwhile, ZZ has trouble in the gym (which isn’t surprising), considering he is “outside strong” as he puts it and doesn’t do normal gym training. Good guys Mojo Rawley and Robbie Brookside give ZZ pep talks while reinforcing that he needs to show dedication every day in order to succeed.

Next we see that the performance center has a cheesy orientation video for new signees. Blown away to see cliche’ corporate culture in the WWE, The class is filled with Tough Enough people (along with my girl Asuka!). Bloom and Brookside give pep talks and Tyler Breeze, Bailey and Sami Zayn also give the new people a taste of what’s to come. It’s funny to see how the tryout people are run down and put to the test while this group watch a video and get inspirational speeches.

Day two of tryouts is more of the same. Bloom makes fun of a guy he calls “cream cheese” (again, Tensai has no right to make fun of overweight dudes) before Bloom and William Regal flip out when the prospects continually hop after making other mistakes during rolling drills (while their point is understood, it is a hard instinct to unlearn). Regal is also terrifying when mad, which is why he makes a great coach. He also uses the phrase “intellectually malnourished,”  thus proving he is, in fact, super British.

Back to Dana Brooke, this time going out for a manicure/ treat yo-self session. She brings up the point that Divas are expected to look good and they must put in lots of work to maintain that image (damn you unrealistic standards of beauty!). Brooke also confesses that she worries about what she looks like on camera and is always trying to look good in case management is paying attention. She uses the phrase “on fleck” (which is not a phrase I thought real life humans used outside of the internet). New theory: Dana Brooke is a Cylon.

Day three of the tryouts is camera work, and the hopefuls try to show off their personalities to the coaches along with Ceman. While some prospects show up in ring gear and have characters mapped out, others are pretty clueless. One guys stutters through a promo in a t-shirt and jeans (seriously dude?? Put in some effort!). Another prospect gives a decent promo before Ceman chews him out for lying about always wanting to be in the WWE and not training for wrestling before the tryout (BURNNNNNN! CEMAN’S COLD BLOODED, YO!). Cheesecake blows his interview until he does the worm (hey, it worked for Scotty 2 Hotty). One prospect bares her soul during her promo about her journey here and blows everyone out of the water. She, along with Cheesecake and a few others get the OK from the coaches, but Cold Blooded Ceman reveals that the prospects still need to pass a background check and get approval from Triple H before being signed.

ZZ is shown goofing around during drills, which rubs Brookside and some rookies the wrong way. While it’s immature of him, it’s easy to forget ZZ is only 19 and this is his first experience with this level of professionalism (unless alligator wrestling is a much more formal job then it appears to be).

The last part of the episode is Brooke struggling to take a swinging throw from Nia Jax while other girls take it well. She really wants to sandbag while in the air instead of commiting. Coach Amato says that if she can’t get better in the ring she will be let go like Taylor (DAMN!). She’ll be just fine.

Overall, the second episode flows better than the first due to having to deal with less exposition. Taylor being let go was a downer way to start the episode, but seeing what an NXT tryout is like is pretty cool. Unfortunately, episode two doesn’t sell Dana Brooke very well with some of her segments dragging a bit. ZZ is charming as usual, and if you liked Tough Enough this is a good extension of that type of show. However, more NXT superstars appearing in the future would be appreciated.