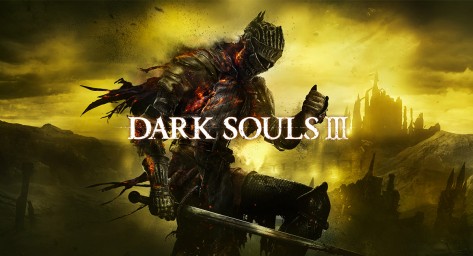 FromSoftware’s titan of a series has finally come to an end; not with a whimper – but with a bang.

Dark Souls III arrived in April to the delight of millions of fans worldwide just itching to spew curse words at their TV’s. After an absence from Dark Souls II, FromSoftware’s main man Hidetaka Miyazaki returns to his rightful place as director of the project this time around (and it definitely shows). From the complex yet simple level design to the extremely deep combat mechanics, Miyazaki-san’s presence is most certainly felt in the latest (and final) installment.

Dark Souls III begins in the future of the Souls timeline, after Dark Souls II and well after Dark Souls. The cycle that players have been a part of since the beginning has gone askew, with different timelines and dimensions now all converging on one point. Dark Souls III’s plot can be very confusing to newcomers, especially those who have not played the previous installments and their respective DLCs, so it is definitely a good idea for those new to the series to at the very least read a plot synopsis up until this point. The story for the most part remains fairly open-ended (as the previous games have), so that the player can speculate and figure out the plot for themselves. By doing this, FromSoftware has managed to create a tight-knit community that is able to openly debate not only the mechanics of the game, but the plot as well.

The setting this time around is Lothric, which is clearly influenced by all the previous souls games, including Bloodborne and Demon Souls (two games with similar mechanics to Dark Souls but with different plots and settings). The level design is breathtaking, with plenty of gorgeous vistas that one can easily get lost in. Miyazaki’s influence is perhaps best felt in the level design, which shift away from the numerous checkpoints of Dark Souls II back to a more “shortcut” based design. Rather than having bonfires to rest at/warp to spread around everywhere, Souls III requires the player to be a bit more observant, looking for hidden paths, ladders and elevators that allow for massive skips in the level. The levels are also massive, with numerous branching paths and plenty of hidden secrets to explore.

Combat has also been changed again for DS III, taking elements from Dark Souls, DS II and even Bloodborne; creating a hybrid system which works very well. There does seem to be some balancing issues however, with magic, dark magic and miracles being slightly underpowered compared to previous installments. Pyromancy works very well and with a bunch of new spells mixed in with the classic favorites, there is definitely something for everyone. Weapons are also still a bit unbalanced, with early game strength weapons being almost useless versus the faster dexterity-based weapons. However, late-game really balances out the different weapon types, making numerous builds viable in late-game PvP.

One mechanic that still remains shrouded in mystery is the poise mechanic. In previous Souls games, poise was a measure of how many hits your character could take before you were “staggered.” In DS III however, it’s unclear exactly what poise does, as there doesn’t seem to be any difference in armor types when it comes to how fast someone is staggered. There is speculation among fans that poise somehow effects how many frames of “hyper armor” one has when doing certain moves, which makes the character temporarily unstaggerable (although it has not been confirmed or denied by FromSoftware yet). This mystery just adds to the mountain of information players are still attempting to sift through and decipher months after the initial release.

Another strong point of Dark Souls III is its multiplayer. Up to six player “phantoms” can be summoned at once, which is a mechanic originally introduced in Dark Souls II: Scholar of the First Sin, but has since been improved upon. Depending on the area, hosts can summon up to three friends for co-op with two more slots open for other players to “invade.”

The way that covenants work has also been improved, with special equipable items to signify one’s covenant, making it easier to switch on the fly between your different covenants (covenants are factions within Souls that award you special items based on your co-op or player vs. player participation). Speaking of covenants, another improvement is the addition of the Mound Makers covenant (essentially a “neutral” covenant). In previous games, it was basically the host and his co-op phantoms versus any invading red phantoms. In DS III, the host can summon or be invaded by a purple phantom, who can either co-op with the host OR kill him. Purple phantoms also receive rewards for attacking other phantoms of any color, so it’s actually beneficial for them to keep the host alive. This adds a whole new layer to the multiplayer which was not present in the previous games. However, multiplayer does still have its quirks. Although greatly improved over the other games in the series, there is still some issues with lag which can effect the outcome of player duels. There has also been an ongoing problem with hackers on the PC version, with even innocent players being banned just for accidental interaction with hackers. FromSoft is currently still working on these problems and have been slowly improving the situation, so it’s likely within the next few months they will be fixed for the most part.

Overall, Dark Souls III is an amazing experience, both for fans of the series and newcomers. From the gorgeous levels to the extremely in-depth combat mechanics, there is something for any hardcore RPG player. Those craving a challenge will also love Dark Souls III. It pulls no punches in its difficulty level, harkening back to the days of the NES and games like the original Castlevania. With DLC currently in development, tons of replayabilty and awesome endgame content, Dark Souls III will certainly keep fans playing for quite a long time.